I have been so busy with school, but I'm finally on winter holiday! Here are some of my greatest finds lately, and an outfit that's quite representative of the sort of things I've been wearing of late (a.k.a. dull and practical!). 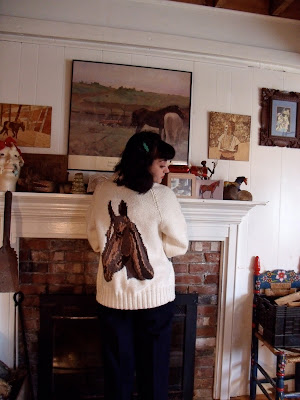 For one thing, I found the 1950s cowichan of my dreams. Cost me ten dollars; a fair bargain! 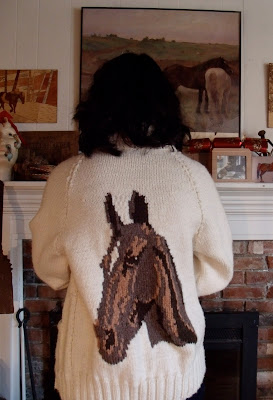 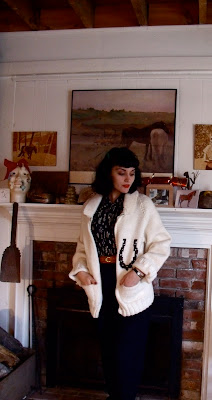 I call this my "1950s dad look". Pleated trousers and kiltied shoes, ha!
The pants are 1940s or 1950s wool gabardine, and yes, you guessed it, mens'. Six dollars on eBay, I might add; I guess because they'd be freakishly small for most fellas. 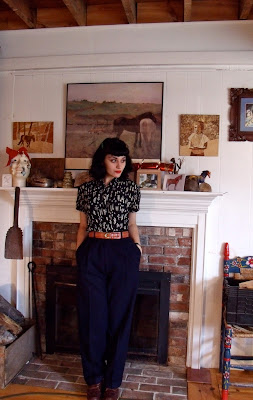 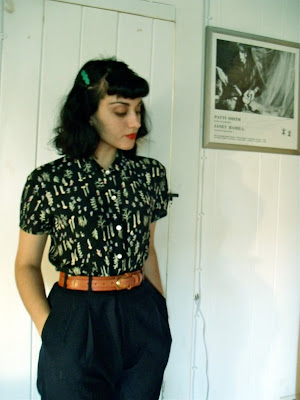 The shoes, which you tragically can't really see in the above pictures, were a swell find! They're vintage Spauldings and called the "Miss Highlander", naturally-- isn't that kiltie the ultimate? Oh, and they came with the original box, which made me giddy: 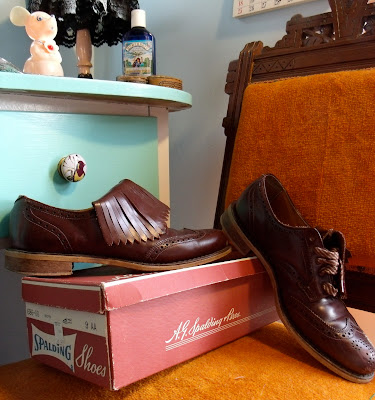 They were originally $16 at Lord and Taylor, New York, according to the price tag. They clearly aren't deadstock, though; in fact, I must bring them to the cobbler for reheeling. I wonder if the original owner was a college girl herself...