the woman in white 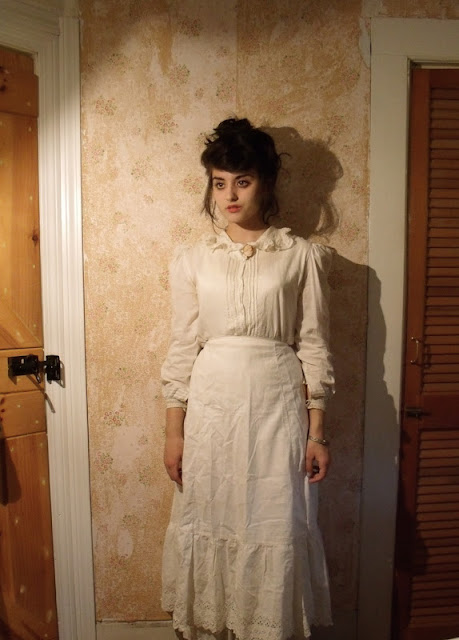 Between Hurricane Sandy and my own state of geographical limbo, Halloween got away from me this year, but I'd had this costume schemed up since late summer and couldn't let the idea go to waste... so here we are. I really wanted to dress like the Woman In White, from Wilkie Collins' infamous novel of the same name. Though the remarkable Marian Halcombe is the true heroine of the Collins' 1860 Gothic masterpiece (and among my favorite female characters in 19th century literature), I've always been a little haunted by the character of Anne Catherick. How I love the sad, spectral Miss Catherick: slipping around the lonesome swamps and country graveyards, just polishing the headstones & doing her own spooky thing, yet so entirely dismissed and alienated that her only hope is to lie in death beside the only person to ever have shown her kindness. It's Victorian melodrama to the max, which is always fun, but she's also oddly likeable. Hear me out: the girl wears weird clothes, and spends a lot of time wandering the countryside alone in a melancholic mood.... eh, not so different from yours truly. 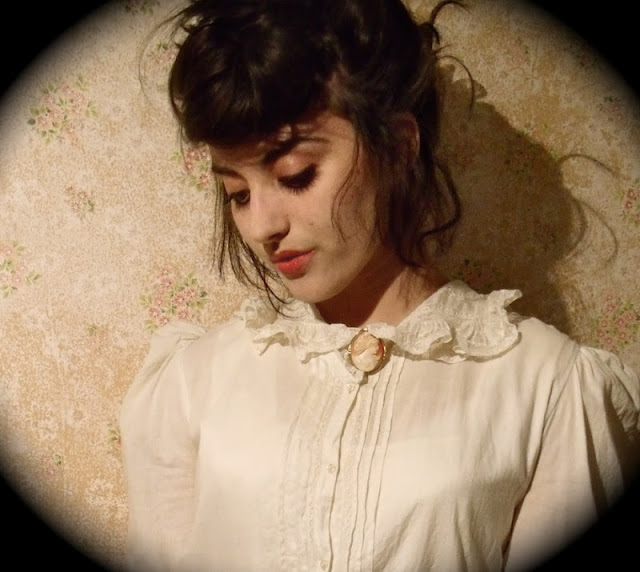 { The blouse is antique 1910s, found at a thrift shop for $3.
It was horribly stained, but an OxyClean soak brought it back to life.
The petticoat is also antique, and was $5 at an antique shop.
The velvet cape is 1930s and was a gift from my aunt.
Cameo inherited from my grandmother.} 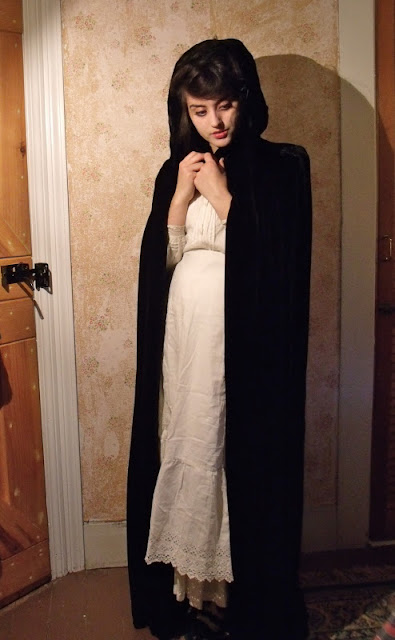 It's too bad the details of my cape don't show up well. If anyone figures out a way to photograph black velvet, let me know. 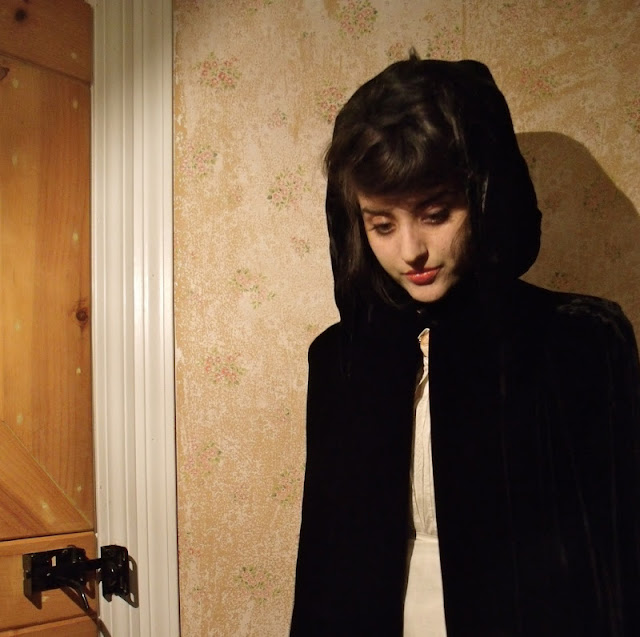 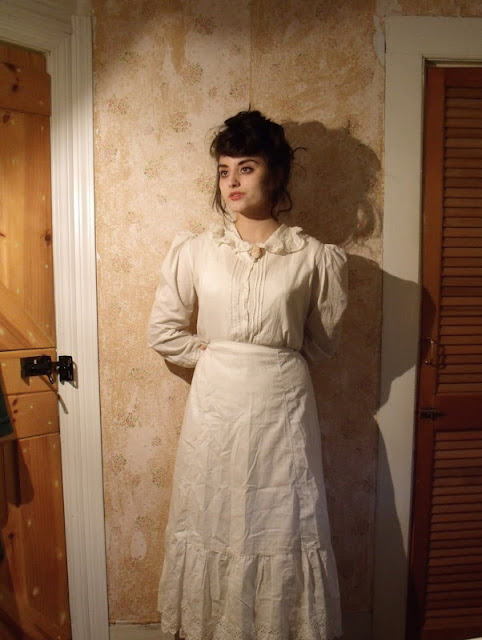